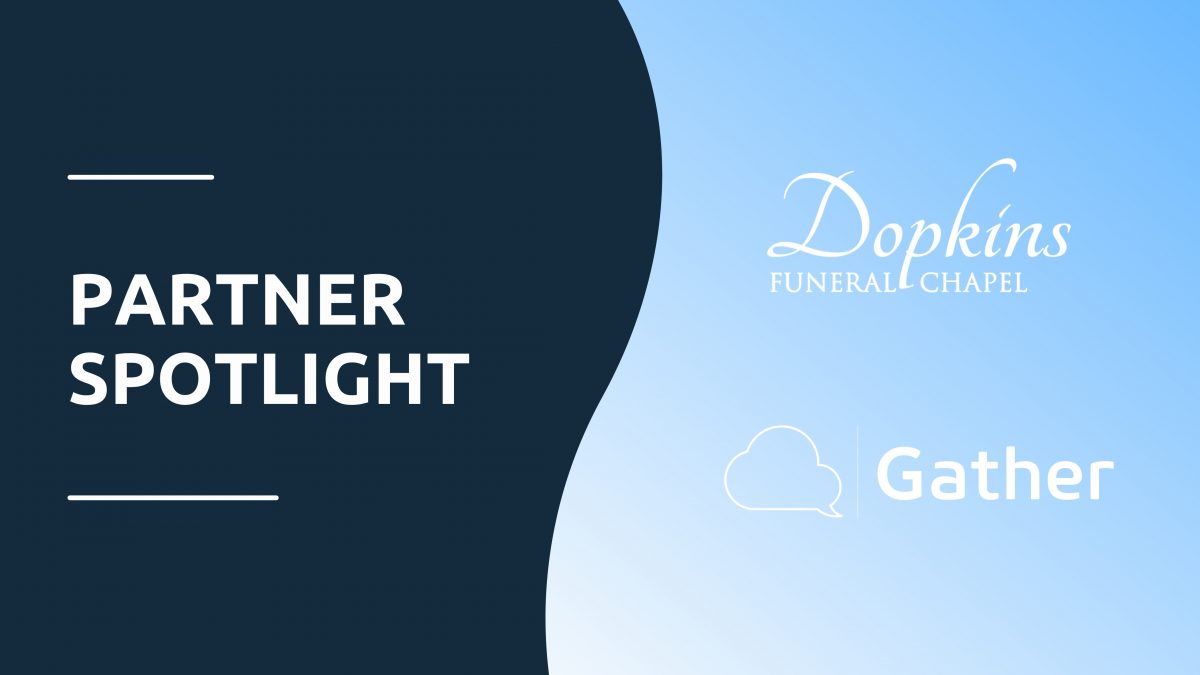 Nowadays, it’s important to find people who take pride in their work. For Michael and Karen Franzen, it’s equally important for the couple to carry on the legacy of Dopkins Funeral Chapel, which has now been in business for over 127 years.

Learn about Michael and Karen, hear about their positive impact at Dopkins Funeral Chapel, and how they’ve utilized Gather to make funeral arrangements easier for everyone.

The Legacy of Dopkins Funeral Chapel

Between the three cities, there are over 65,000 residents.

Dopkins Funeral Chapel was started in 1895 by George Dopkins. After George passed away, his son Joe took over the business. Alongside Joe was Evelyn, his wife. The pair decided to enter the business together.

After Joe passed away, Evelyn was left to run the business. Rumor has it that Evelyn was probably the first woman ever to run and own a funeral home in California. On top of that, she helped Dopkins Funeral Home make it through the Great Depression.

At the root of the Dopkins Funeral Chapel was one common theme: take care of the family first, worry about costs later.

The Legacy of Michael and Karen Franzen

That core belief has carried over into the new generation with Michael and Karen Franzen, the new owners of Dopkins Funeral Chapel. 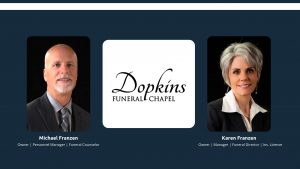 “Genuinely caring for people and wanting to serve them is our greatest drive. We have a legacy of history here. And records that go back to the late 1800’s,” Michael mentions.

Michael oversees the Reedley location, and Karen oversees the Dinuba location. Together, the duo is able to successfully run the business with their different work styles.

Michael is the artistic, introverted, behind-the-scenes type of leader. His dad was a funeral director at Dopkins Funeral Chapel, so he grew up around the profession. But after helping embalm, working services and talking directly to grieving families, he found that it was difficult for him to not carry the grief on himself as well.

For that reason, he chooses to focus on improving the internal systems and operations within the funeral homes. He manages the buildings to ensure that they’re in pristine condition. 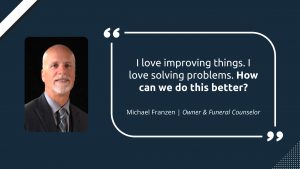 On the flip side, Karen is analytical and numbers-driven. She understands and can speak the language of emotions, and she is phenomenal at forming real connections with families.

“My wife is amazing with families, and see things clearly. She does all the finance. She remembers everything. She’s the manager and director.”

With the couple’s blend of talent and soft skills, Dopkins Funeral Chapel has continued to thrive.

Families Are The Core of Funeral Service

Michael Franzen recognizes that times are changing, and that family preferences are evolving. At Dopkins Funeral Chapel, monthly cremation rates vary between 30% to 40%, and he expects that percentage to rise in the future.

Because of that, they have installed a crematory in their new building.

Franzen details that when new generations move away from home and a loved one passes away, it can be extremely difficult to coordinate burial services at a central location that works for everyone who would want to attend.

More than anything, the entire staff at Dopkins Funeral Chapel recognizes that families want to work with real people who take the time to understand what they’re going through.

“So many times we’ll get phone calls from people who are price shopping. By the time we’re done with the conversation, they go ‘You’re the only one who talks to us like we matter. We’re coming over to you guys.’” 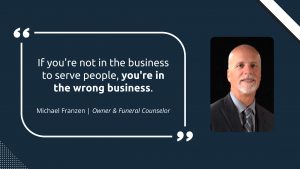 One thing that everyone at Dopkins Funeral Chapel embraces is this: people know when they’re being cared for and when they’re not. Their people take care of people, constantly suggesting things and helping them.

And when you take care of people, they let others know.

At both of Dopkins Funeral Chapel’s locations, the staff had large boards set up in each office.

But at the end of the day, there were still problems with the large boards and even the physical files they stored in cabinets:

“There’s so much more information that we need to have on there that we don’t,” Michael mentions.

Plus, they attempted to switch from pen and paper to a platform before Gather, and they still ran into hurdles:

As a result, Michael Franzen started the search for funeral home management software that could provide stronger functionality for Dopkins Funeral Chapel.

When Michael crossed paths with Gather at the CFDA Convention, he found exactly what he was looking for – a digital whiteboard that organized every case that Dopkins Funeral Chapel was working on. 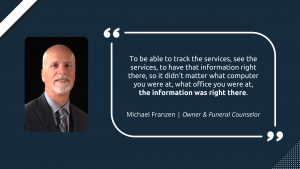 How Gather Has Impacted Business

Since switching to Gather for case management, Franzen noted several tangible benefits that they’ve experienced, especially when it comes to efficiency: 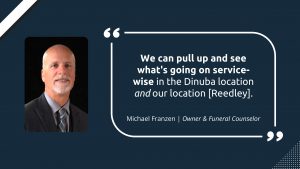 See What You Can Do With Gather

If you’re like Michael Franzen and the rest of the staff at Dopkins Funeral Chapel, building a legacy is important to your success.

Talk with our team today and see how your funeral home can leverage Gather to go above and beyond in your community.

Hi there! I'm Chase. I joined Gather in 2022 and I am a funeral home advocate. I'm excited to help share Gather's incredible story. I've written articles on a variety of subjects including technology, marketing, software, and funeral trends, and my job is to make awesome, helpful content for this blog. You can contact me directly at chase.downs@gather.app :) 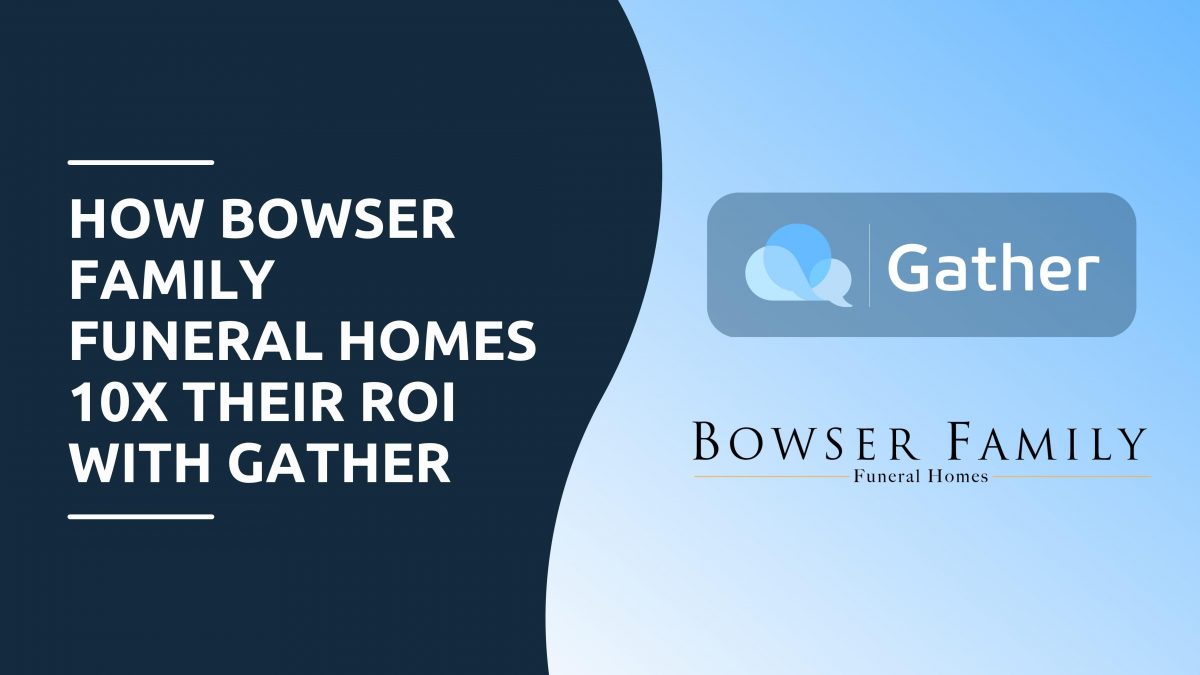 How Bowser Family Funeral Homes 10x Their ROI With Gather 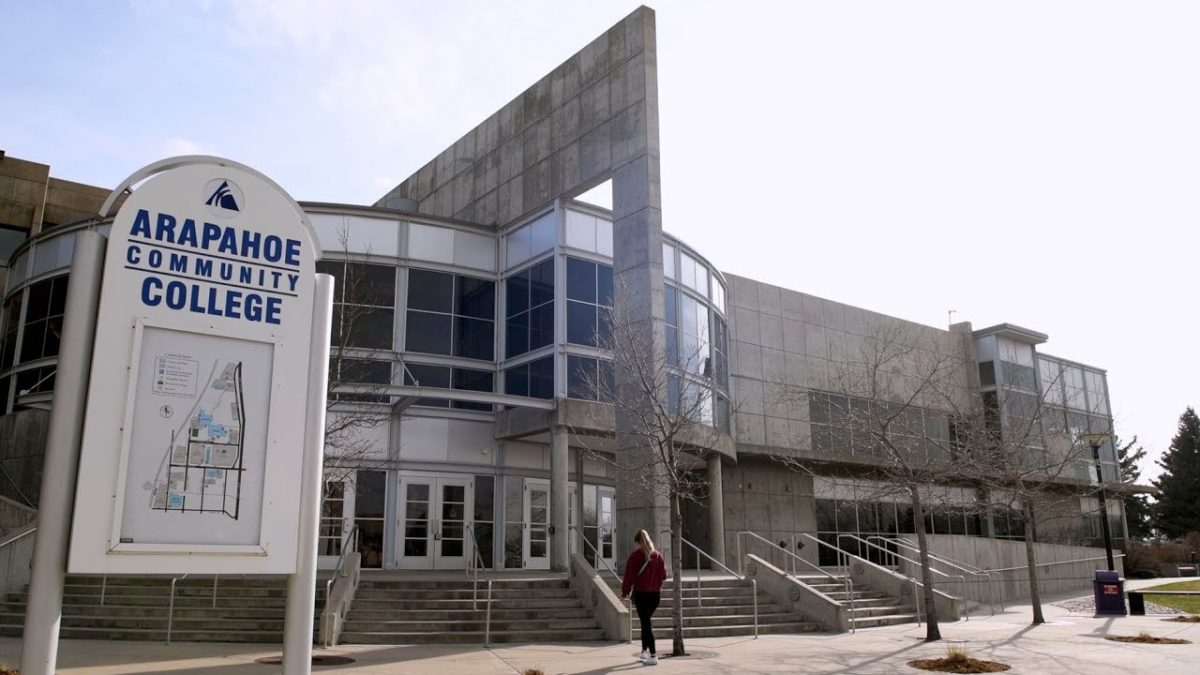 How ACC Uses Gather to Prep Mortuary Students for Deathcare 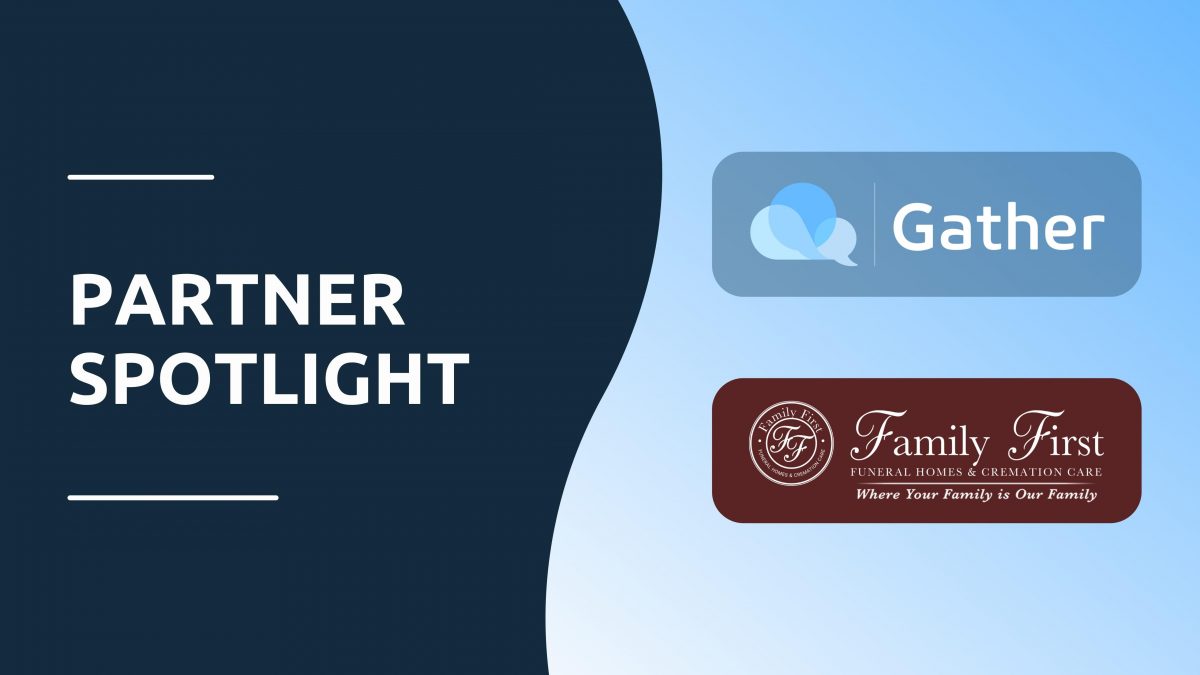